Industrial odor control systems, also known as high-pressure misting systems. It has quietly become one of the most effective and economically feasible odor control methods. The function of this system can remove harmful molecules in the air that cause odors, but other solutions only can simply cover the unpleasant odors. This system can effectively solve odor problems, such as microbial decomposition (Common in water waste treatment factories), animal manure (Common in horses, pigs, cattle, hens farms), and other toxic volatile compounds (Common in grease traps in restaurants, garbage treatment stations).

The working principle of this system is to pressurize tap water to produce micron-sized mist particles through a special type of nozzle, and then spray them into the air. These mist droplets will attract odor molecules and increase their weight, and as they sink to the ground, they can remove odors effectively.

The high-quality misting system includes a set of clusters, adapters, and extensions to provide more choices when you want to try to use it. At the same time, the misting system can also cover the airflow to a wider area by automatically setting the mist time and distributing it in the whole area.

Dose device: Dissolve deodorant in water to make it easy to mist

A high-pressure mist system can be installed in an indoor environment by adding a nozzle ring to an existing duct system or a mist fan. Creating a matrix that covers the entire workspace or fog lines along the periphery of the entrance point. The odor control mixture is added to the water supply source and then pressurized to produce a fine mist. When the mist is released with the odor control mixture, a series of chemical reactions will remove the odor in the facility. Due to the high-pressure technology of the misting equipment, the fog does not generate moisture on people or the ground.

The industrial odor control system process is the same as indoor, but the settings and system requirements are different. For outdoor work sites, those fog lines surround the outside of the facility to form a perimeter defense. Mix with pressurized water with the same proprietary mixed solution as indoors to form a fine mist, and eliminate odors through a series of chemical reactions.

Common smells are carbon dioxide, hydrogen sulfide, ammonia, cannabis, and methane. It is important to deal with these odors in the right way, especially because carbon dioxide and methane are both odorless and potentially fatal. As an entrepreneur, you are responsible for ensuring that your employees are safe. A high-pressure misting system is beneficial in environments that need to control odors or dust and potentially harmful gases such as methane or carbon dioxide. Industries that often use the systems to control odors are garbage transfer stations, wastewater treatment plants, landfills,  food processing facilities, and the petroleum industry, etc. 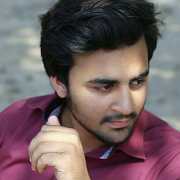 How to Avoid Paying More Than the Going Rate for an EPC?

How to choose the best plumber in Dubai?